BLOG: A look back at the 2015 Essence Festival.

Every summer, music lovers from all walks of life flock to the city of New Orleans for an awe-inspiring weekend of culture, music, worship and togetherness! The Essence Festival, which in its early years was known for bringing together urban music’s biggest stars, has now evolved into the place to be for 4th of July weekend. “New Orleans has now become synonymous with Essence and Essence with the city of New Orleans”, as noted by the city’s new mayor Mitch Landrieu at the events opening press day.

Now in its 21st year, the event has grown into a movement bringing out the brightest stars and influencers matched with the nations leading brands like Verizon, Ford, Samsung, P&G, MSNBC, Coca-Cola, Verizon, State Farm and more! EssenceFest truly gives its patrons a 360 experience in four days!

Pictured here the quaint New Orleans Jazz Market restaurant and lounge in the heart of downtown (Photo by: Chris Mitch).

This year’s event was even more special as it marked the 10th year anniversary of Hurricane Katrina which as we know changed the city of New Orleans and its surrounding areas forever. For me then, the opportunity to give VJMedia fans a first hand take of the Essence experience and a view into the beautiful city of New Orleans was even equally as important.

We started the 4-day adventure with a day of service, connecting with locals who are in the trenches, making New Orleans and all of its surrounding corners vibrant again. It was such a thrill to be able to go to a school in the heart of the city, deeply affected by Katrina, and give our time by planting vegetables and herbs in the schools garden. The garden will supply locals with fresh food and also serves as a place for children and workers alike to learn the concept of eating locally (from neighborhood grown farms and markets). The entire herb and vegetable garden.

We even got in on the action by planting a few seeds of our own. Another awesome moment the drive through the newly renovated Ninth Ward, the area most devastated by the storm. Celebrities like Brad Pitt, Angelina Jolie and Harry Connick Junior have taken these impoverished areas and revitalized them into what’s now being called the “Brad and Angelina streets”. What I loved about the houses that lined each road was that they each had their own distinct character and style. See below. 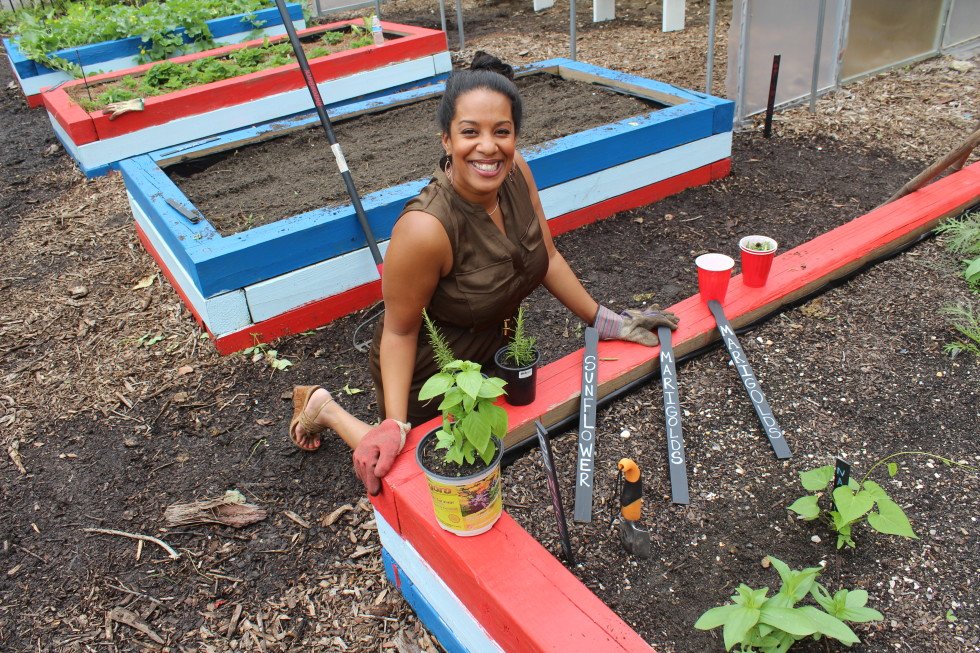 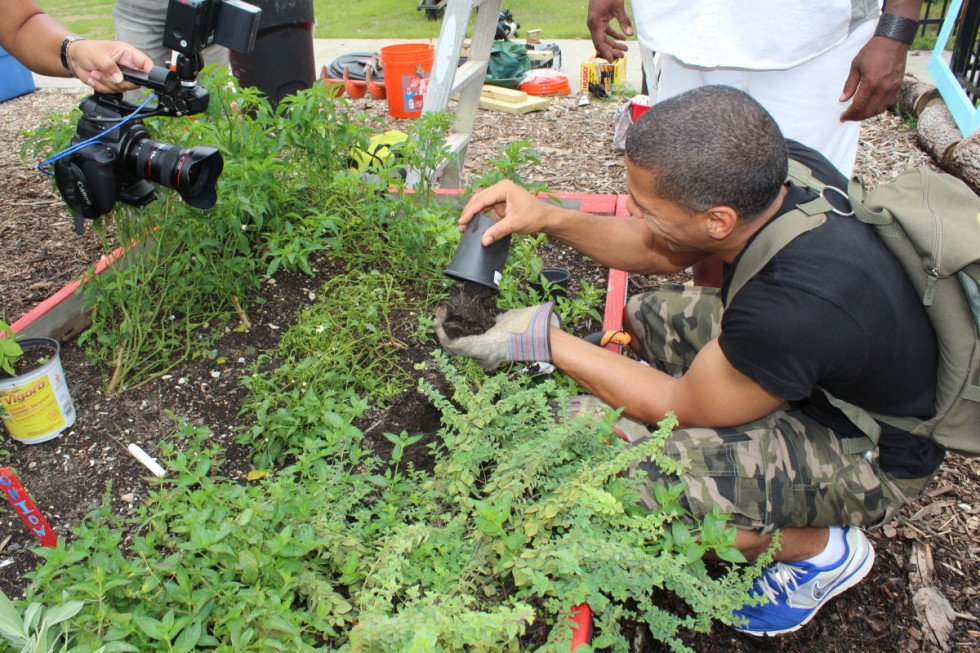 Vibrant houses line the streets of the 9th Ward. 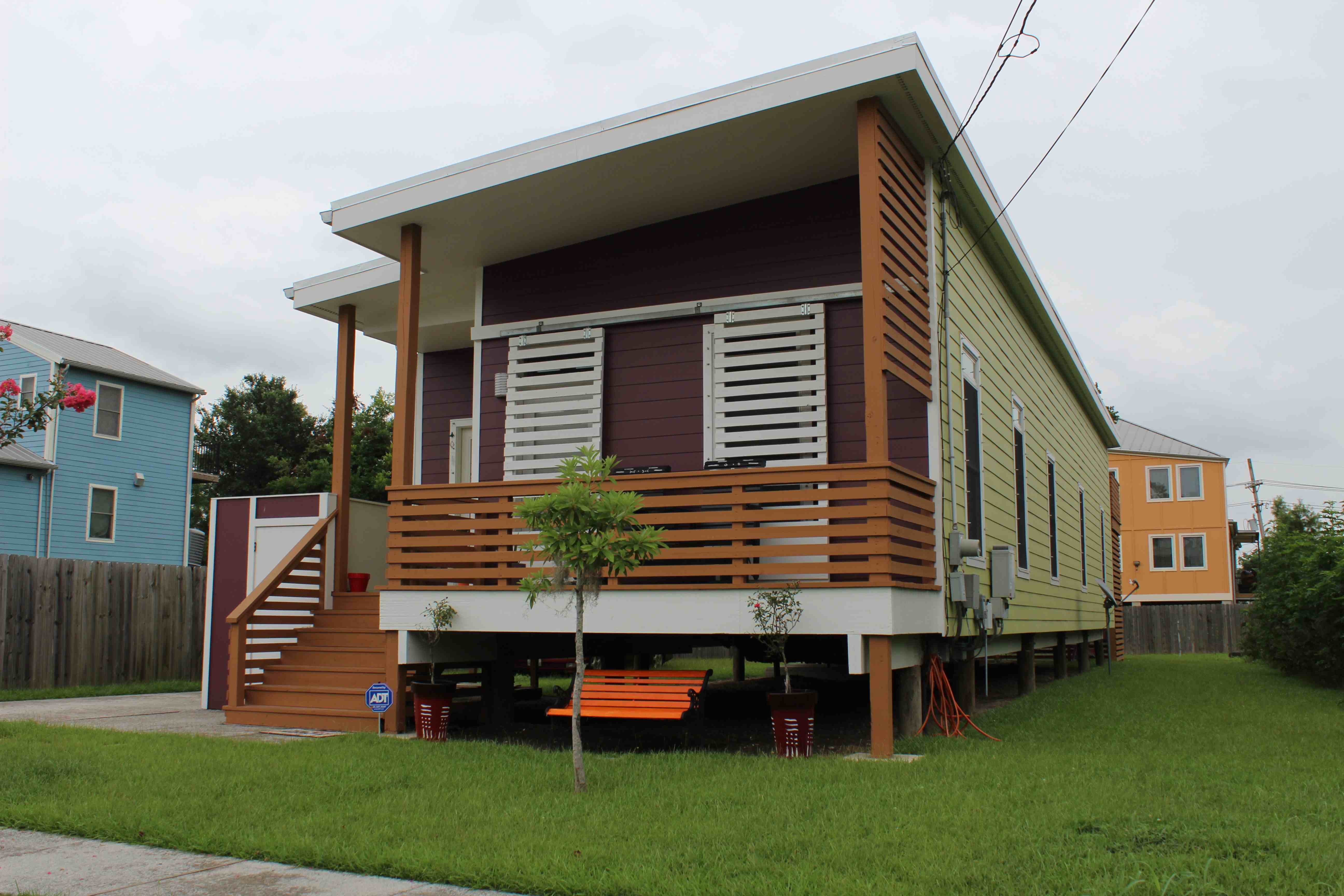 This by far was my favorite- simply gorgeous 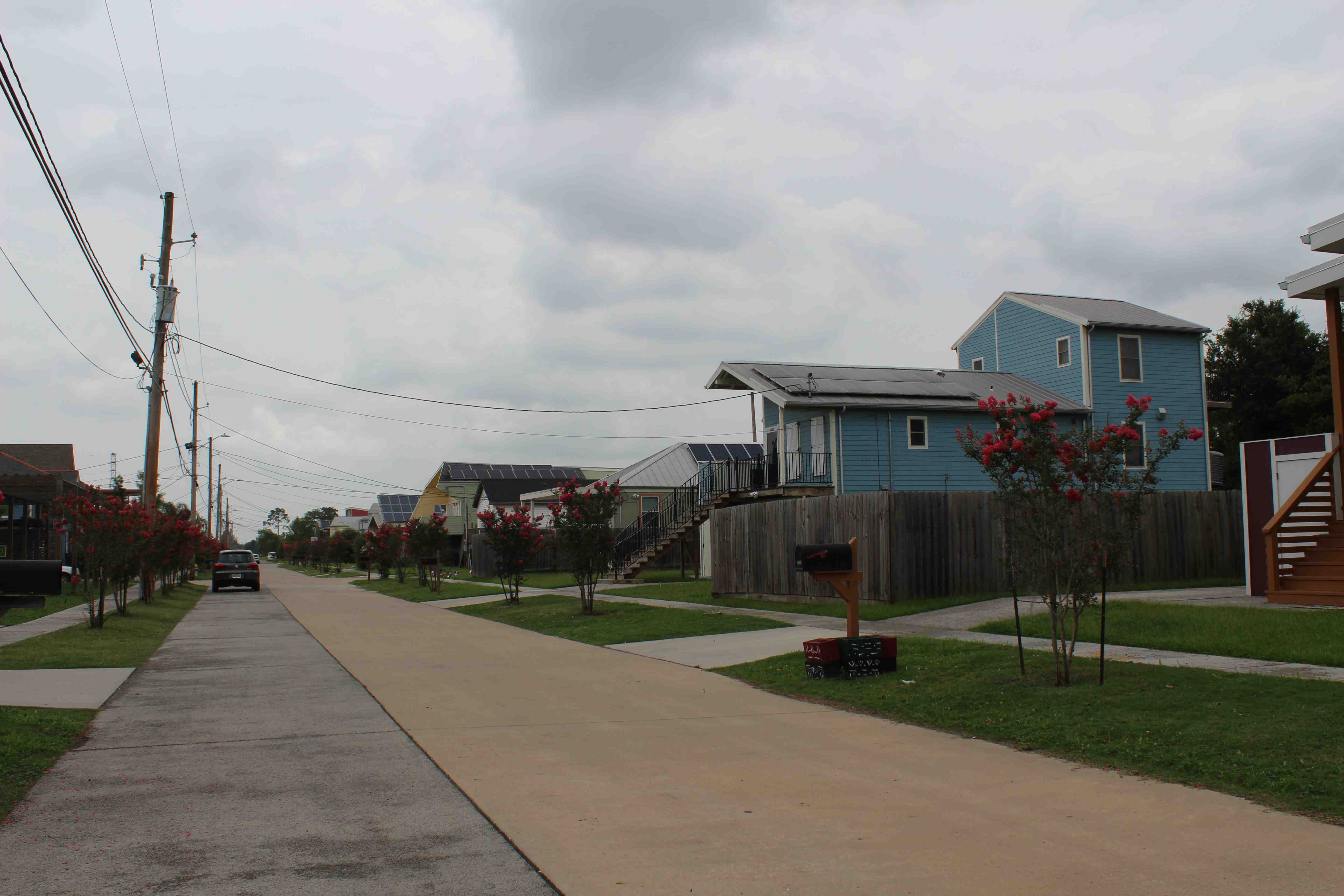 It’s clear to see that New Orleans is well on its way to a full recovery which made my heart smile! With so much to cover and share from the festival as a whole, I decided to break things down into mini coverage experiences to give you a better grasp of the overall event! Take a moment to explore and enjoy the photo galleries, the blog, the videos, and the podcasts in a customized page that I created exclusively for the festival. Click here or the banner below for more!

Disclosure: I was invited by Miles Ahead Entertainment to participate in the 2015 Essence Festival press junket. Travel, hotel accommodations, and meals were provided. All opinions are my own.