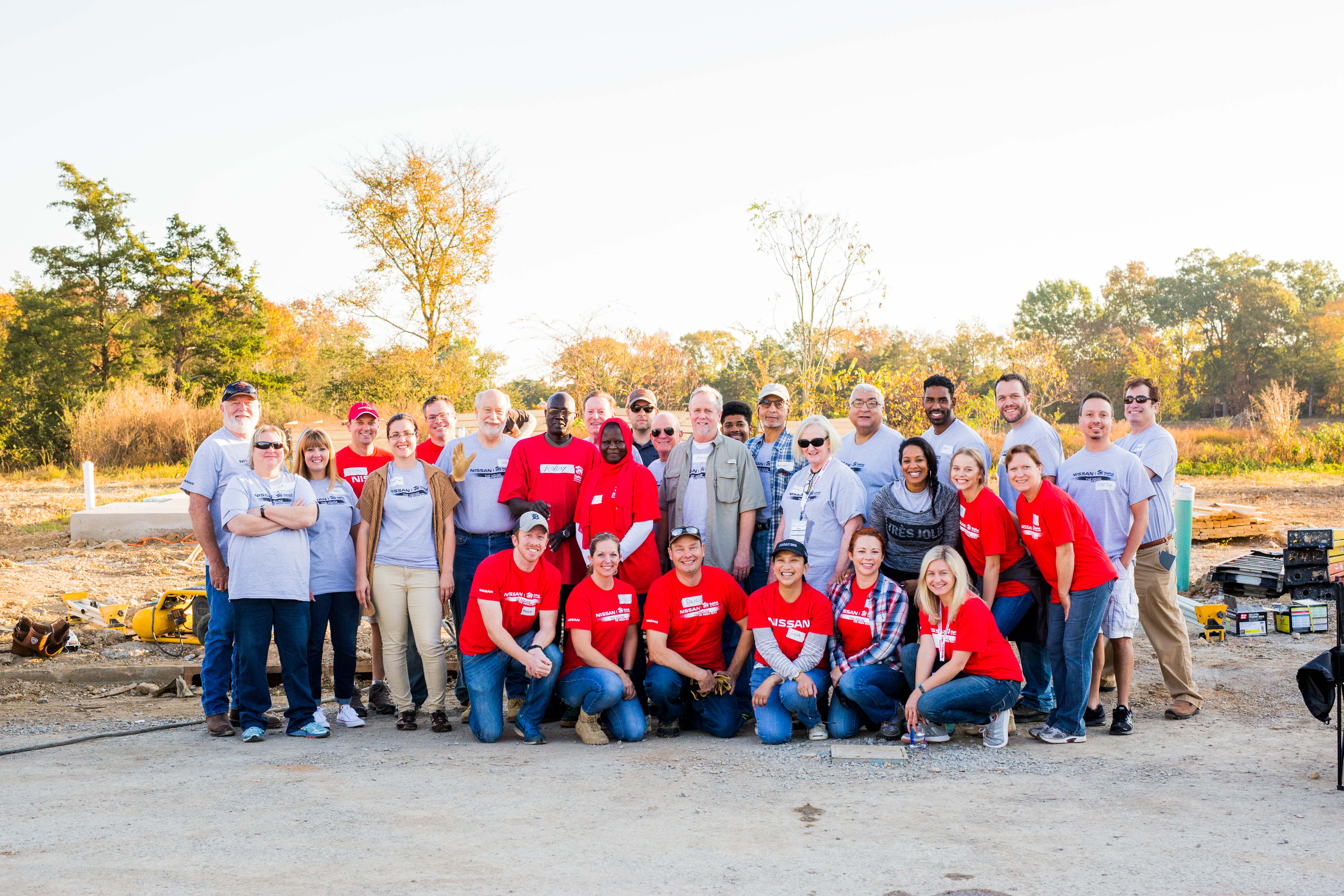 My trip to Nashville with Nissan and Habitat for Humanity.

Caution! This is not your regular blog post or auto review. Although I love doing those, this on the other hand is a warm and fuzzy post with all the feels that I’ve been so excited to tell you about. As you know by now, I’ve got a little car obsession and have had the pleasure of working with several auto brands since I launched VJMedia. I’ve reviewed some of the most talked about cars on the market and have had a chance to show YOU all the bells and whistles of some of my favorite rides on the road.

Rarely though have I gotten the opportunity to collaborate with a car brand to do GOOD work that positively impacts communities. That is just what happened earlier this month when I was invited to Nashville by Nissan and Habitat for Humanity Media for the amazing event called “The House the Media Built”. Yes! We actually built a house from the ground up for an amazing family in need who moved to the US from Sudan. We were told that this wouldn’t be your average press trip and that we’d be physically building the home that Rahmi and Awadia would live in along with their three children. After fleeing their home in Sudan and relocating to the US years ago from Egypt, it was such special moment to break ground on what would soon be their forever home. I was there for the first day of the build, which was broken up into five days from start to finish. It was such a treat to be on-site for the first nail being hammered and the first wall being put up. Take a look! After the groundbreaking morning, we got right to work putting walls and eventually raising the roof on the three-bedroom home. I had a chance to speak with the wife Awadia who explained how thrilled she was that this is where she’d be spending thanksgiving dinners and holidays with her family. I asked if we could come over for a traditional Sudanese meal and of course she said “absolutely”. Nissan’s also celebrating the incredible success with their latest edition of the Titan with their Truck of the Year campaign. After driving to and have the build site in the all new Nissan Titan XD, I can see why there’s so much cause for celebration. For me there was no question about to whether or not I would participate. It was simply an honor to be apart of a worthy project and Nissan’s commitment to community was on full display. I’m proud to have been able to sweat and build for such a special cause and I’m on standby and waiting for the next fun build!